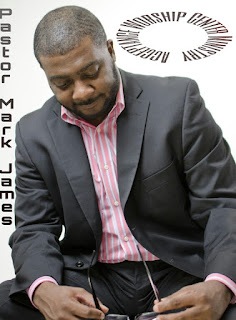 As a resident of Washington, D.C. Mark F. James has lived in several Places.  He was born in Kingston, Jamaica, later relocated to Poughkeepsie, N.Y., and then Baltimore, MD.


The first child of Yvonne D. Myers and Delroy A. James, Mark attended and graduated from the Poughkeepsie city school system.  After graduation of high school, he pursued biblical studies at the Mid-Hudson valley Bible school.  After completing a 3-year certificate course, he pursued a degree in Business Administration at Dutchess Community College.  Mark transferred to the great Morgan State University and completed his degree in Business Administration and a minor in Music-concentration in Chorale Conducting.


As he grew up in the Poughkeepsie area, Mark worked in the church vigorously.  He served in many areas of ministry.  He served on the usher board, and also served as president and vice president of the youth and young adult ministry.  At a young age, he sang in the choir and later became the choir director.  Under the direction of Bishop Debra E, Gause, Mark became her personal musician and Minister of Music of the Holy Light Pentecostal Church, Inc.  He was licensed to preach the Gospel in July 1997.  Mark Later moved away and became the Musician of The Baptist Temple Church in Newburgh, N.Y., where he had the most opportunity to serve in all capacities of ministry.  He honors and celebrates the late Dr. Saul S. Williams for believing in the God in him and giving him the opportunity to advance in ministry.


In 1999, God birth in Mark a ministry to help those that marginalized and are left for dead.  The ministry today is known as Acceptance Worship Center Ministry, which was started in May 2013.  Minister Mark ( as affectionately called) serves as the lead Pastor of AWCM.


For the Past years, Mark has served as one of the Associate preachers to his Pastor, Dr. Charles B. Jackson of the St. John Baptist Church of Marshall Heights, Washington DC.  He continued to serve sharing his gift and showing his love for God through the Music Ministry which he birth called One Sound.


Mark believes in always Giving God your best and knowing that The Best is yet to come.


One of his favorite passages in the Bible is Psalms 27, especially verse 5 – “For in the time of trouble, he shall hide me in His pavilion: in the secret of His tabernacle shall He hide me; He shall set me up upon a rock.”